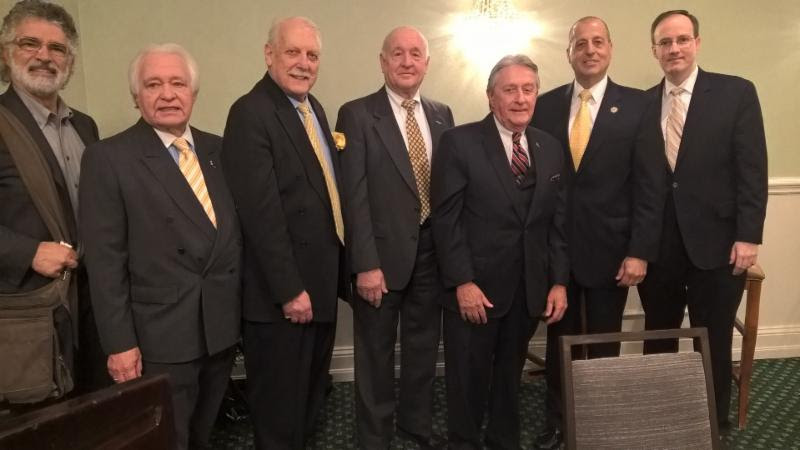 We had a star panel represented in three of Long Island’s smaller banks. We had Doug Manditch from Empire National Bank, Jim Johnis from Gold Coast Bank and Chris Hilton from The First National Bank of Long Island. These experienced bank executives are overall bullish on the prospects of growth.

When we asked about the new regulations that have been installed since the 2008 crash, the panel agreed that the added burdens of compliance were a burden. On the other hand there are problems in manufacturing, and retail. Manditch pointed out that the retail businesses are hurting because of the access to goods on the internet. Price and convenience are driving business to the internet.

Mr. Johnis previously worked for one of the larger banks and explained that it would be difficult to get certain transactions approved because that would entail traveling to other parts of the world. The larger banks would never consider transactions under $1 million, saying those were “small business.” Mr. Manditch added that they face stiff competition not only from the megabanks, but from the credit unions as well. However, he noted that credit unions do not have the same level of lending experience that community banks do.

The group was also asked about any challenges they see in handling business succession matters. Mr. Manditch said that many first-generation business owners are afraid to hand their company over to their children and/or grandchildren for fear of losing control of the business. Both he and Mr. Hilton agreed that many first-generation owners do not have a business succession in place, with Mr. Manditch adding that many business owners leave it up to their family members as to who will control the company after their death.
Mr. Johnis and Mr. Hilton agreed that, in the long term, loan growth will be very strong. Mr. Manditch said banks would benefit more in the loan market if interest rates were higher.

The biggest challenge in their industry is the constant barrage of federal regulations to which they must comply. Mr. Manditch said the bank spends a great deal of money in order to fall in compliance. Their banks already have a team of compliance officers, but Mr. Johnis and Mr. Manditch said they may need to hire additional staff or in-house counsel to keep up with the latest regulations. The recent spate of data breaches and cybercrimes has also put a dent in the banks’ manpower and financial resources in fighting this new form of theft.