The feelings I experience when visiting the VA hospital is one of great appreciation for my fellow vets. I was lucky enough to serve under President Eisenhower before Vietnam and then under President Kennedy in the early stages of Vietnam, but I was never asked to serve in battle and I am grateful for that. Those that did serve in that war were never treated fairly and suffered the insults of their fellow Americans.

That war was a mistake and many of us knew it, but we made a more dreadful mistake by punishing our service men and women who with patriotic hearts did serve.

I recently met a 75 year old man that I knew from my old neighborhood in Queens NY. He served in Vietnam and I had not seen in many years. He was the son of one of my fathers close friends. His name is John. I reminded John of how upset his father was when he enlisted in the army. “I know” he said and then explained that he felt that it was patriotic duty to join the army.
I think this feeling of patriotism was typical of those that served in that war and other wars and the pain we inflicted upon them by not embracing them is our collective shame.

This poem recited by Tony Lo Bianco on youtube was sent to me by Rabbi Paul Swerdlow at the Veterans Hospital in Northport. 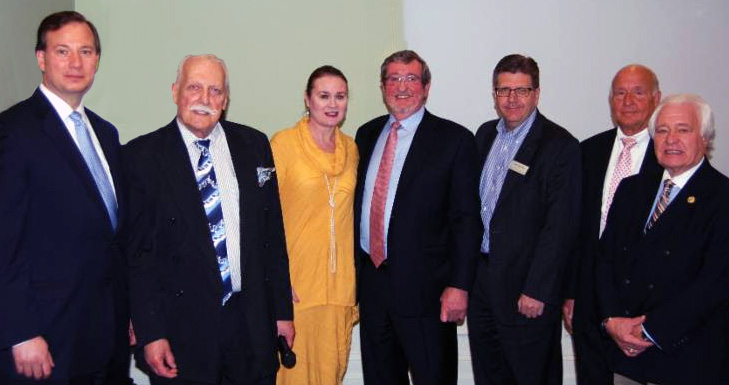 This morning’s meeting was informative and enjoyable. Michael Dowling is the President of Northwell Health and is is a very capable communicator. The format that we used was a dialogue between Joe Campolo of the law firm Campolo Middleton & McCormick and Mr. Dowling

We covered many aspects of concern about the cost and quality of healthcare. According to Dowling the impact of superior health facilities, medicine and doctors comprise about 20% of the impact on health outcomes. Poverty, smoking, diet, living conditions and other factors that effect health are out of the control of the health resource providers. Therefore health providers are always going to have better outcomes in high income areas than in poverty areas.

Independent hospitals which were the norm on Long Island in the past are being absorbed by enterprises such as Northwell. They simple cannot exist as stand-alones in this costly environment.

When asked about mal-practice insurance Mike was not as concerned as we thought he may have been. Northwell covers all of the doctors that are in his system as well as the facilities and the premium is about $180 million. It is a lot of money but his overall budget is approaching $15 billion.

Michael spoke about the urgent care centers that are sprouting up all over the covered region. These units are less expensive to maintain than the emergency rooms but we still have fairly heavy use of ER.

Another lament is the overuse of corrective surgery. Hip replacement for example is a 45 minute operation, and a relatively short recovery but it is expensive. We now have processes that add enormously to the overall cost with only marginal additional quality of life.

Dowling is no fan of government provided healthcare even as I pointed out the medical outcomes in the Canadian and European systems are often better. He told us that among other things, they are inefficient, and often result in long waits for attention.

Pharmaceuticals are another craw in the throat of our speaker, but because of the size of the healthcare enterprise that he oversees he has some clout. Small independent hospitals are becoming a thing of the past and that is among the reasons why.