Each year I produce a holiday message of hope and renewal.

This year our reason to rejoice is the creation of a vaccine that will conquer the Corona virus. This is the best Holiday gift we could have dreamed. The scientists deserve our applause and gratitude, and that goes to the caretakers as well, but this recent achievement brings me back to a heart-warming story that took place years ago.

The Steve Allen Variety Show was a late-night TV show and was the forerunner of shows like Johnny Carson, David Letterman and Jay Leno. Allen was a high intellect performer in the field of comedy and other talents.

The Polio virus was running rampant in the 1950’s and 1960’s. It was a dreaded crippling disease that was the cause of President Franklin D. Roosevelt’s health affliction. Polio attacked the muscular system and often resulted in the afflicted person needing an “iron lung”. The iron lung was a totally encompassing device that covered the entire body with only the head exposed. The rhythm of the air pressure inside the device replaced the function of the diaphragm and allowed the patient to process oxygen. Other victims of the disease lost the use of limbs and some just died.

Polio was finally brought to a halt through the efforts of Dr. Jonas Salk, who created a vaccine that was very effective. There were subsequent vaccines that also were effective. These vaccines brought the epidemic to a close

Years later Mr. Allen was asked to be the featured speaker at a dinner to honor Dr. Jonas Salk. While at home and getting dressed the night of the dinner. Allen’s teenaged daughter asked her father what was the occasion? Mr. Allen said with some pride in his voice “I will be honoring the accomplishments of Dr. Jonas Salk.”

Allen was stunned that she did not know what polio was. He thought about that for a moment and promptly discarded his prepared speech. When he got up to speak that evening, he told of the story of that discussion with his daughter. He told the audience the greatest tribute to this remarkable doctor was that a person her age had no idea what polio was. The best tribute to Dr. Salk is that our children never have to think about it. It is gone forever.
I hope this adds a little cheer to these Holidays
Merry Christmas-Happy Chanukah

Ronkonkoma, NY – Campolo, Middleton & McCormick, LLP, Suffolk County’s premier law firm, and Long Island Metro Business Action (LIMBA), the longstanding catalyst for transportation and economic improvement on Long Island, are pleased to announce that they have joined forces for 2017 to promote the needs of Long Island and expand their reach in the community. As major corporate sponsor of LIMBA, CMM will co-host six LIMBA meetings in the new year. These joint meetings will feature an updated format in which CMM Managing Partner Joe Campolo will interview representatives from various levels of government, municipal agencies, and the local economy on issues of importance to Long Islanders. The first joint meeting will feature U.S. Congressman Lee Zeldin on Friday, March 3, 2017 at the Courtyard Marriott in Ronkonkoma at 8:00 a.m.

LIMBA officers and hosts Ernie Fazio and Bill Miller also announced the expansion of LIMBA’s Board of Directors to include representatives from various segments of the community including the nonprofit, legal, banking, transportation, hospitality, education, healthcare, and environmental sectors, among others. This added input will help LIMBA create diverse and interesting programming.

“LIMBA has been a part of the Long Island landscape for generations because it has never lost focus on the issues that are critically important to our community,” Campolo said. “We’re excited to join forces with LIMBA to bring engaging and dynamic leaders to an expanded audience.”

Fazio added, “Having two great brands working in concert to promote the needs of Long Island is a major win for the community. We’re looking forward to using the influence of both organizations to reach more Long Island businesses.”

About CMM
Located in both the heart of Long Island and on the East End, Campolo, Middleton & McCormick, LLP is Suffolk County’s premier law firm. Over the past generation, CMM attorneys have played a central role in the most critical legal issues and transactions affecting Long Island. The firm has earned the prestigious HIA-LI Business Achievement Award and LIBN Corporate Citizenship Award, a spot on the U.S. News & World Report list of Best Law Firms, and the coveted title of Best Law Firm on Long Island. Learn more at www.cmmllp.com. 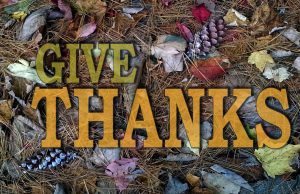 In the course of Saturday morning errands I went to my dry cleaner to drop off a few items. The man behind the counter is a Korean born, naturalized American citizen. As I was leaving he wished me a Happy Thanksgiving. My next stop was the gas station to fill my tank. The man pumping gas wished me Happy Thanksgiving in what I guess was a Turkish accent. I made a few more stops at the drug store and supermarket and again was wished a Happy Thanksgiving. I did not know each person’s ethnicity or religion. In each case the sentiment was the same “Happy Thanksgiving.”
The celebration of Thanksgiving is always special because it is universal. No matter where you came from or what religion you believe in or even if you have no stated religion at all, we all appreciate this one day in the calendar. While this day is not attached to any religion it appears to me to have a religious overtone that everyone can relate to.
The one liability attached to Thanksgiving is the discussions at the table. Your Uncle Louie tends to become unhinged about politics. No matter what you say in return you are not going to change his mind about anything. The better option may be to ask him why he feels the way he does, and thank him for his opinion. And then? Hey! Uncle Louie pass the cranberry sauce.
Happy Thanksgiving!
Ernie Fazio, Bill Miller, Marguerite Moore and Ken Nevor