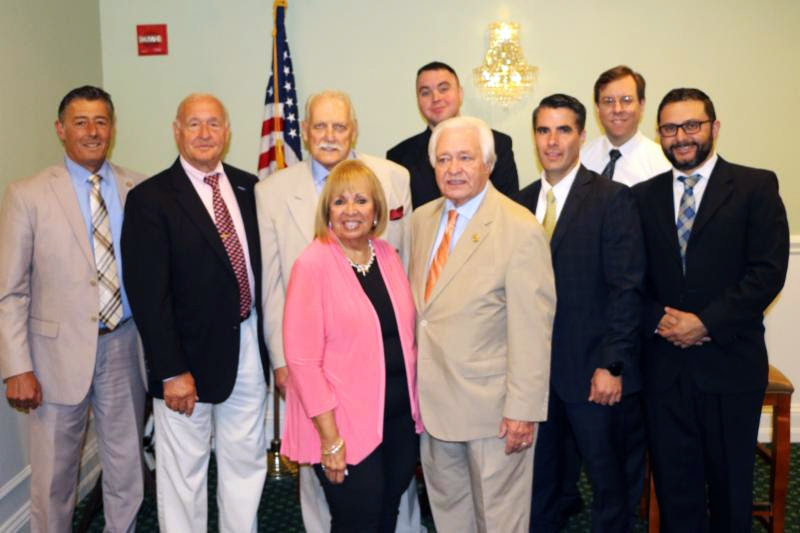 Islip Town Supervisor Angie Carpenter discussed the recent developments at Long Island-MacArthur Airport. She said one of the main factors in ensuring that the airport is managed properly is that person must exhibit not just leadership experience, but experience in airport management. After conducting a nationwide search, Shelley LaRose-Arken – who was in attendance – was chosen to oversee the operations at MacArthur.

Noticing that the airport was an underutilized resource, Supervisor Carpenter formed an Airport Advisory Board consisting of members from various business sectors who meet a few times a year to discuss how the airport can become a major benefit not only to the town, but to Long Island as well.

One of the things Supervisor Carpenter is looking to do is to expand the West Terminal to allow more flights. Currently, Southwest Airlines has used much of that terminal but, at the same time, has acted as a good neighbor in allowing other airlines such as American and Frontier. She added the only complaint she has heard from travelers is that there are not as many places to go; she said that is being worked on.

One of the topics discussed was connecting public transportation to the airport. There was talk of having a monorail or gondola bring people to the airport, but she said those options are too expensive and would not be doable.

Another item on her wish list is to make extensions on the runways. The town recently received $15.5 million from the FAA to replace one of the runways.

In addition to discussing what is going on at the airport, she discussed the latest developments in the town. She said last year, a Parks Foundation was established in which funds would be used to maintain the town’s parks as part of its beautification program. People donate money to the Foundation, which is set up as a 501c(3). For a sizable donation, a person can claim naming rights to one of the parks. She said the state set up a similar program in the 1990s and it was very successful.

In developing the downtown, the town raised $750,000 for its parking management program in Bay Shore. This program, she said, was paid by all the town residents. She is also looking at structured parking at Southside Hospital and adaptive reuse.

The town has also doubled the road repair budget without raising taxes. Instead, the town bonded the money. Islip received a bond rating of Aaa – the highest rating for any municipality. The town could bond more money, but the Fed’s recent rate hike could mean the town may have to pay more money.

She also addressed school taxes. While she believes a consolidation of school districts into counties – like in Georgia, Maryland and Florida – will never happen, she suggested town wide consolidation with one school superintendent per town and a handful of assistant superintendents. That, she said, would reduce school taxes and allow the schools to keep their individuality.