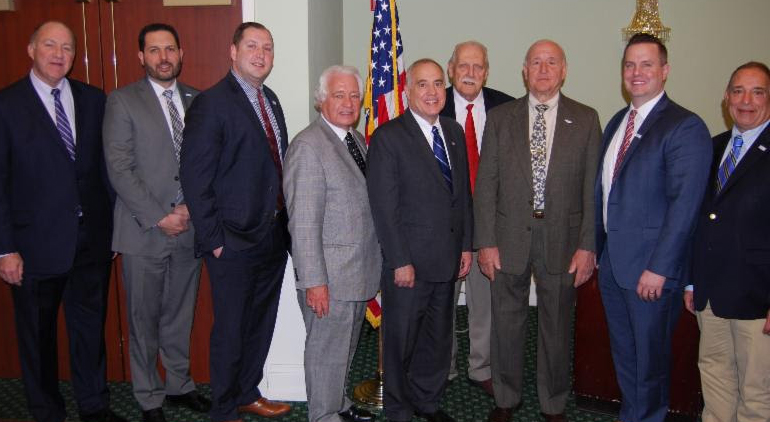 Mr. DiNapoli spoke on the state of New York State, and Long Island. This year marked the 25th
anniversary of the greatest achievements – the Long Island Pine Barrens Act. He credited the
resilience of the Long Island residents who fought to preserve the island’s environment.

He pointed out that, while Long Island has a high cost of living and traffic problems on its
highways, the region provides its residents quality health care, a wonderful educational system
and a quality of life, so the benefits of Long Island outweigh the drawbacks.

Since the Great Recession, New York State and Long Island have seen sizable improvements in
the economy and the job market. This year, the state’s unemployment rate is half of that during
the recessionary period. Last year, New York created 850,000 private-sector jobs – the third-
highest behind California and Texas. Over 90% of the new jobs were created in the downstate
area (Suffolk, Nassau, Westchester and Rockland Counties). Further, more than 9 million people
are currently employed – the most since the Great Recession.

Despite the positive numbers, Mr. DiNapoli says the economy and job market in New York State
is “a tale of two cities”; he sees the downstate area thriving, while upstate New York has been
struggling.

Sales tax revenue has gone up as a result of an increase in consumer confidence. Last year, sales tax revenues in the state increased by almost 4% – the highest year-over- year increase since
2013.

The year 2017 was also good for the securities industry, according to Mr. DiNapoli. Profits of
dealer-broker firms rose by 42% last year – twice the amount of the previous year. This is
significant because the state is dependent on the securities industry’s performance for its
economy. His concern was the federal government’s rollback of the financial regulations that
were put in place by the previous administration. He said such regulations are needed to
stabilize the economy.

On the topic of pension funds, Mr. DiNapoli said the state has one of the best-funded pension
funds, behind Wisconsin and South Dakota. Every five years, the comptroller’s office examines
the numbers and determines what the rate of return should be. The rate is currently at 7%,
which has been lowered. Mr. DiNapoli said the rate may be lowered again. Any
recommendation he makes is based on the report from his office’s actuaries.

Mr. DiNapoli said Long Island taxpayers will be affected by the president’s tax law, as the state
and local tax deductions will be capped at $10,000. In order to alleviate the tax burden,
Governor Cuomo has set forth two proposals: one to replace the income tax with the payroll tax to shift any further burden on the taxpayer, and another to set up a charitable trust so that any
tax payments counts as a charitable deduction.