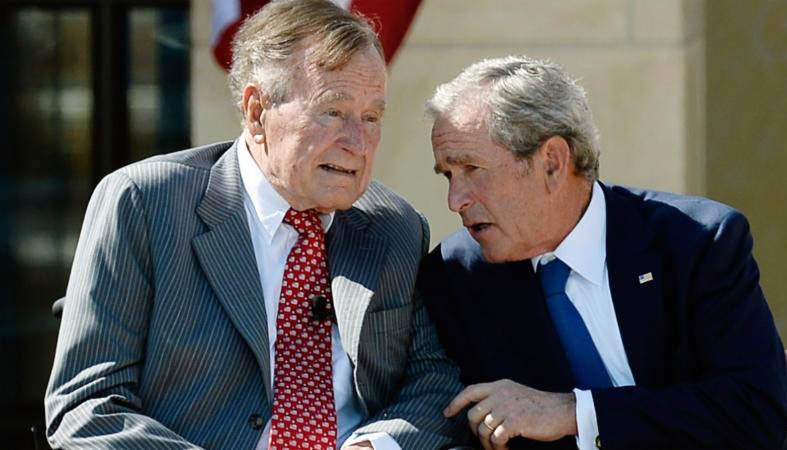 Recently Barbara Bush passed away and I think there was a loss that was felt by most Americans. I have come to appreciate this gracious family. According to one commentator America lost its Grandma.
Around Fathers Day 2012, I wrote a letter to President Bush thanking him for his service and I asked him to send a note to my son Andy congratulating him on his new business. I want to share with you the content of those letters. Here they are in the order in which they were written. 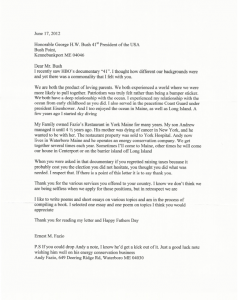 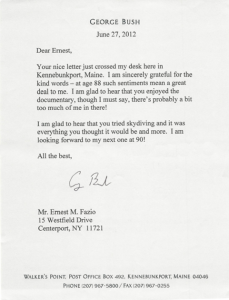 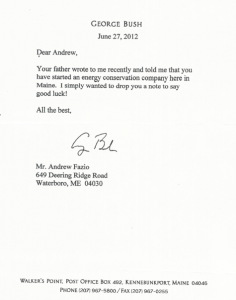