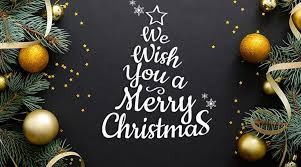 Just when we were beginning to believe that the worst was over we hear that a new strain of Covid is marching on. I feel like a soldier in a bunker who has dared to surface only to find the enemy is nearby and ready to resume battle. That image brought me to thoughts of the reality of a war.
It is a war and we celebrate those who have fought in battle, not because of the nobility of war, I’m not sold on that concept, but because the courage of the combatants is worth praising.
But who are the combatants? Well, it is all of us in a sense, but there are those who have battled relentlessly in the hospitals all over the country and indeed the world. They are the heroes of this battle. If you are not one of those people and you feel worn out, just imagine how doctors, nurses and the rest of the hospital personnel feel.
Christmas is a time of hope and renewal. Let’s lift ourselves and each other knowing that the progress made with vaccines and treatments has saved us from the even greater consequences that would have manifested itself beyond the 800,000 already lost.

May we all have the best possible Christmas.

LIMBA staff and Board of Directors