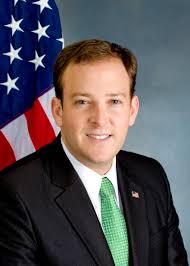 What’s it really like to serve in Congress?  Get an inside look by joining LIMBA and Campolo, Middleton & McCormick, LLP for a unique Q&A breakfast event featuring U.S. Congressman Lee Zeldin.  Joe Campolo, Managing Partner of Campolo, Middleton & McCormick, will interview the Congressman about his personal experiences growing up on Long Island, serving overseas, practicing law, serving in state government, and ultimately being elected and re-elected to the House of Representatives. Take a break from partisan politics and get to know Congressman Zeldin on a personal level. This event is sponsored by Gold coast Bank and Greenman Pedersen.

Congressman Lee Zeldin grew up in Suffolk County, New York, where he graduated from William Floyd High School in Mastic Beach. Congressman Zeldin graduated from the State University of New York at Albany (SUNY) and then Albany Law School, becoming New York’s youngest attorney at the time at the age of 23.

After completing the Army ROTC program, Congressman Zeldin served on Active Duty. Throughout those four years in the U.S. Army, he served in different capacities, including as a Military Intelligence Officer, Prosecutor and Military Magistrate. While assigned to the Army’s elite 82nd Airborne Division, in the summer of 2006, Congressman Zeldin was deployed to Iraq with an infantry battalion of fellow paratroopers in support of Operation Iraqi Freedom. Following his service on active duty, in 2007, Congressman Zeldin transitioned from Active Duty to the Army Reserves, where he continues to serve today with the rank of Major.

In 2008, Lee Zeldin opened a successful law practice in Smithtown, New York, which he operated full time until being elected to the New York State Senate in 2010, representing New York’s 3rd Senate District. As a State Senator, Lee Zeldin led the successful effort to repeal of the MTA Payroll Tax for 80 percent of employers, a job killing tax that was hurting New York’s small businesses. He also created the PFC Joseph Dwyer Program, a peer to peer counseling program for veterans suffering from Post Traumatic Stress Disorder (PTSD) and Traumatic Brain Injury (TBI); the program started in Suffolk County and quickly expanded across the state. Lee also successfully fought to repeal the Saltwater Fishing License Fee; a victory for tens of thousands of fishermen on Long Island.

Then in 2014, following four years in the State Senate, Congressman Zeldin was elected to the U.S. House of Representatives (NY-1).

Immediately after taking office in 2015, Congressman Zeldin quickly became a leading voice in America on the need for a stronger, more consistent foreign policy; outspoken on the need to defeat ISIS and other terrorist threats, secure our homeland, and correct a deeply flawed Iran nuclear agreement.

During his first term in office, Congressman Zeldin secured important victories for his district. Working with both sides of the aisle, Congressman Zeldin got several of his proposals passed in the House, some of which include: three bills for our veterans, two proposals to save Plum Island, and his counter-terrorism legislation. Congressman Zeldin helped pass a five year, fully funded transportation bill that included his Safe Bridges Act proposal, which was signed into law, and also got his common core amendment passed and signed into law. He also secured a new veterans health care clinic on the East End of Long Island and permanently reauthorized the Zadroga Act for our 9/11 first responders. Additionally, Congressman Zeldin helped make permanent 20 different tax relief provisions to help Long Island businesses and families. His office also successfully closed over 4,750 cases in favor of NY-1 constituents.

In 2016, Congressman Zeldin was re-elected to the U.S. House of Representatives (NY-1).

Congressman Zeldin serves on three Committees in the U.S. House of Representatives: Foreign Affairs, Veterans’ Affairs and Transportation and Infrastructure. It is a rare opportunity for a freshman to be selected for service on three House Committees. Representative Zeldin also serves on seven House subcommittees, including the Subcommittee on Aviation, which he currently serves as Vice Chairman. Congressman Zeldin, the only Jewish Republican in Congress, also serves as co-chairman of the House Republican Israel Caucus, which has over 100 members.

Congressman Zeldin resides in his hometown of Shirley with his wife, Diana, and their twin daughters, Mikayla and Arianna.