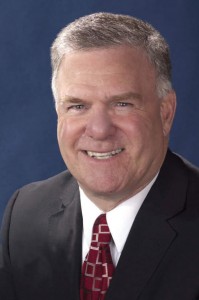 To see the video stream of this meeting click here.

Mr. Pally was selected as the Chief Executive Officer of the Long Island Builders Institute in December 2010.
The Long Island Builders Institute is the largest home building trade association in New York State, representing
all parts of the home construction industry. Since 2005, Mr. Pally has also been the Suffolk County representative
to the Board of the Metropolitan Transportation Authority, the largest mass transit operator in the world.
Prior to his current position, Mr. Pally was the partner in charge of government relations for the Weber Law
group, one of Long Island’s leading real estate law firms.

Prior to joining the firm, Mr. Pally served as the Vice-President for Governmental Affairs for the Long Island
Association from 1992 to 2006. He was responsible for all governmental and community activities of the
Association. Mr. Pally was associated with the LIA since August 1985 when he was appointed Director of
Legislative and Economic Affairs. Established in 1926, the LIA is the region’s largest business and civic
organization with more than 3,000 member firms and organizations employing more than 400,000 people.
Prior to his service with the LIA, Mr. Pally held a number of positions in the New York State Legislature. From
1975 to 1983, Mr. Pally served in various capacities to the New York State Senate Committee on Transportation
and the Legislative Commission on Critical Transportation Choices. From 1983 to 1985, Mr. Pally was the Chief
Counsel to the Committee and the Commission. During his service to the Senate, Mr. Pally played a key role in
the drafting and passage of such important transportation legislation as the first in the nation seatbelt law, child
restraint law, the Transportation Bond Issues of 1983 and 1979, reserved parking spaces for disabled drivers and
others.