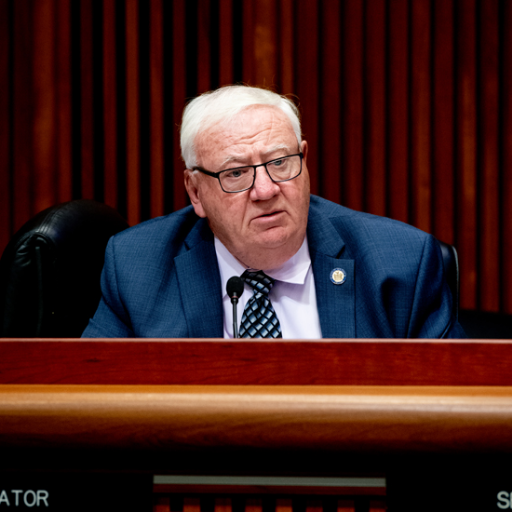 A lifelong resident of Long Island, John E. Brooks has devoted his life to giving back to his community.  In November 2016, the people of the 8th Senate District elected him to continue his service as their representative in the New York State Senate.

For more than 50 years, Senator Brooks has been an active volunteer firefighter with the Seaford, Medford and Lindenhurst Fire Departments, previously serving as Seaford’s Chief of Department. In addition to his work for the fire department, Senator Brooks served on the Seaford Board of Education for a total of six years, acting as Vice President from 1997-1999. Prior to Superstorm Sandy, Senator Brooks was the Chairman of the Long Island Hurricane Symposium Programs where he worked hand-in-hand with hurricane experts and the National Weather Services to evaluate risk on Long Island.

Senator Brooks is also a member of several community civic organizations including the Wantagh Kiwanis Club, the Seaford Historical Society, the Lindenhurst Order of Moose, the Seaford American Legion, the Seaford Fire Department, and the Seaford Exempt Firefighters Benevolence Association.

Professionally, Senator Brooks was an executive in the insurance industry and worked as the Executive Director of Risk Management for Nassau County.  He successfully challenged the New York State of Health Insurance Plans’ rate increases, resulting in its rollback and producing a savings of $400 million statewide.

Senator Brooks is a veteran of the New York Army Reserve National Guard, having served for eight years as a medic. Currently, Brooks serves as Chairman of the NYS Senate Committee on Veterans, Homeland Security, and Military Affairs in which he has sponsored numerous legislative efforts bolstering support for the rights and privileges due to New York’s thousands of women and men who have served in our nation’s military. These include increased and continued funding for the highly successful Joseph P. Dwyer Peer-To-Peer Counseling Program and the restoration of education funding for New York’s Gold Star Familes.

Brooks holds a Bachelor’s degree from New York Institute of Technology and an Associate’s degree from the State University of New York at Farmingdale. He resides in Seaford, and is a proud father and grandfather.