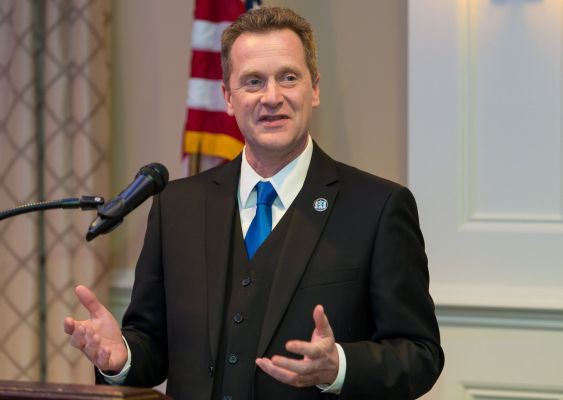 Sean Walter attended college at Sullivan County Community College where he graduated in 1986 with an Associates of Science Degree. Sean transferred to the State University of New York at Binghamton where he earned a Bachelors degree in Environmental Science in 1988.

In 1992, Sean was hired as the Environmental Manager for the 106th Rescue Wing of the New York Air National Guard located in Westhampton Beach. Sean’s primary duties were to establish a comprehensive environmental program for all aspects of the Air Guard Base. This included a multi-million dollar environmental cleanup program and the construction of a sewage treatment plant at Gabreski Airport.

During his tenure as a Deputy Town Attorney Sean was appointed to be the Farmland and Open Space Manager for the Town. This was a very successful farmland preservation period during the Town’s history. Under Sean’s leadership the Town purchased almost 1,000 acres of farmland and preserved several critical wetland areas.

Sean left the Town Attorney’s office in January of 2006 and started a law practice in Wading River. The primary concentration of his practice involves land use as well as real estate, estates and litigation.

Sean married his high school “sweetheart” Cathleen in 1990. He and his wife Cathleen settled in Wading River in 1992 in Wading River. Over the past 17 years his family has grown. They now have three children Zachary 15, Timothy 11 and Gregory 7. Sean has always been active in the community. He is an active member of Riverhead Rotary, the Knights of Columbus and is part of the children’s liturgy team at St. John the Baptist in Wading River.