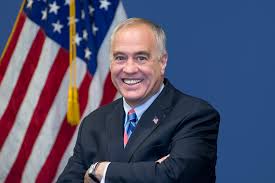 Join Thomas DiNapoli, the Comptroller of the state of New York, for a lively discussion about the state’s future and finances. Mr. DiNapoli, a former state assemblyman in New York, was elected by the state legislature as New York State Comptroller on February 7, 2007. He was formerly the Chairman of the Assembly Environmental Conservation Committee. He is a resident of the Village of Great Neck Plaza.