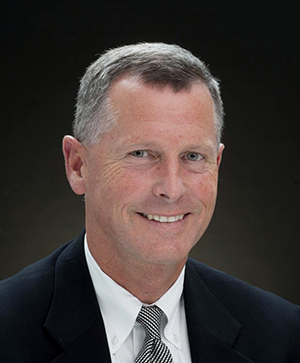 A decorated combat veteran, Dr. Canders combines a degree from the U.S. Naval Academy, 7½ years as a Naval Officer and helicopter rescue pilot and another 8 ½ years in Air Force service after 9/11, with both an MBA and PhD (in Applied Management and Decision Sciences) and more than 20 years as a business leader in senior leadership positions in high-technology corporations on Long Island.

Shortly after the September 11 attacks, Dr. Canders left a position as a vice president at global electronics manufacturer Telephonics to return to full-time service in the U.S. military, first as Wing Commander of the 106th Rescue Wing of the NY Air National Guard in Westhampton, NY, and then as Base Commander and top leader of U.S. Air Force 447th Expeditionary Group in Baghdad, Iraq.

Before his return to full-time military service, Dr. Canders spent 17 years in senior leadership positions in electronics manufacturing on Long Island. After his return to civilian life, Dr. Canders returned to Telephonics before leaving for teaching positions, first at St. Joseph’s College and now at Farmingdale. Among other achievements, he served as a technical consultant and flew in the film, “The Perfect Storm.”

Dr. Canders is an FAA-certified commercial airplane and helicopter pilot, former military instructor pilot and flight examiner, with 47 lives saved as a rescue pilot. He has been awarded the Legion of Merit, Bronze Star, Air Medal, Humanitarian Service Medal, Iraq Campaign Medal and 19 other decorations. He is on the Board of Directors of the School Business Partnership of Long Island and serves on a Military and Veterans Advisory Board for JP Morgan Chase.