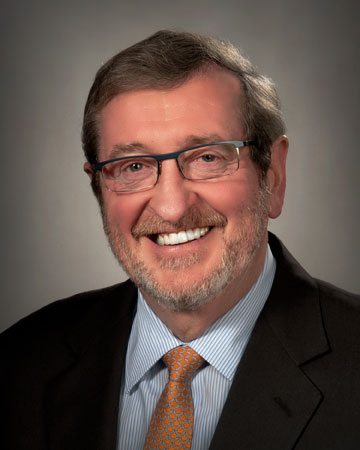 Michael J. Dowling is president and chief executive officer of Northwell Health, which delivers world-class clinical care throughout the New York metropolitan area. Northwell Health is the largest integrated health care system in New York State with a total workforce of more than 62,000 employees — the state’s largest private employer. With 21 hospitals, 6,675 hospital and long-term care beds, more than 550 outpatient physician practices and a full complement of long-term care services, Northwell is one of the nation’s largest health systems, with $11 billion in annual revenue.

Mr. Dowling served in New York State government for 12 years, including seven years as state director of Health, Education and Human Services and deputy secretary to the governor. He was also commissioner of the New York State Department of Social Services.

Before his public service career, Mr. Dowling was a professor of social policy and assistant dean at the Fordham University Graduate School of Social Services, and director of the Fordham campus in Westchester County.

Mr. Dowling is chair of the Healthcare Institute. He is a member of the Institute of Medicine of the National Academies of Sciences and the North American Board of the Smurfit School of Business at University College, Dublin, Ireland. He also serves as a board member of the Institute for Healthcare Improvement (IHI) and the Long Island Association. He is past chair and a current board member of the National Center for Healthcare Leadership (NCHL), the Greater New York Hospital Association (GNYHA), the Healthcare Association of New York State (HANYS) and the League of Voluntary Hospitals of New York. Mr. Dowling was an instructor at the Center for Continuing Professional Education at the Harvard School of Public Health.

This event is sponsored by the Nassau Suffolk Hospital Council and Carter, DeLuca, Farrell & Schmidt, LLP.