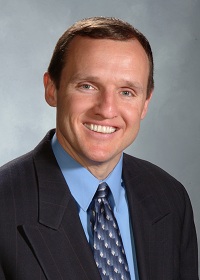 Mr. Daly joined National Grid’s predecessor, Brooklyn Union, which later became KeySpan, in 1988 as a management trainee in the Customer Relations Department. Mr. Daly was recently based in London, serving for two years as group financial controller, and has held numerous positions in finance, human resources, and customer relations throughout his 25-year career.

Nonprofit Boards
Mr. Daly is a member of the St. Francis College (SFC) Board of Trustees and has been an adjunct professor at SFC, teaching human resource, business, and finance courses for 20 years. He has been the director of the St. John’s University Executive-in-Residence Program since 1992. He is the past chairman of the Kingsborough Community College Board of Directors and a former member of Junior Achievement Board of Directors and co-chair of the United Way Campaign. Mr. Daly is also a member of the David Rockefeller Fellows Program, the Long Island Energeia Partnership, the British American Business Council Board, and Advanced Energy Research and Technology Center Board (AERTC).

Education
Mr. Daly graduated from St. Francis College in New York with a bachelor’s degree in English and earned both a Master of Business Administration degree in finance from St. John’s University and a master’s degree in human resource management from New York University. He also achieved the distinguished Chartered Financial Analyst (CFA) designation in 2002.