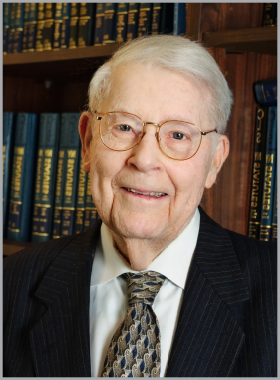 Irving Like is an attorney who, along with conservationist developer Maurice Barbash, went to Congress and created the Fire Island National Seashore. He is now advocating that the Fire Island National Seashore be designated as a World Heritage Site, in order to address the imminent existential threats of rising sea levels & climate change.
Sponsored by CERCOM – Molloy College.

Irving Like was born on November 20, 1924 in Brooklyn, New York and admitted to the Bar in 1950 in New York. Education: graduate of the City College of New York, University of Wisconsin, and Columbia Law School. Mr. Like is a member of Phi Beta Kappa. He was Special Counsel to the County of Suffolk on environmental, nuclear power, offshore oil and utility rate and energy matters and was a member of the Suffolk County Charter Review Commission, Chairman of Law Committee of Agent Orange Law Firms representing Vietnam War Veterans, resulting in $180M settlement; served as co-counsel in action challenging Nassau County tax assessment structure resulting in settlement providing for countywide reassessment; recognition in Newsday as one of the 100 Most Influential Long Islanders of the 20th Century. As a partner of Reilly and Like, he acted as General Counsel to the Suffolk County Federal Savings & Loan Association and The Bank of Long Island. He is a past member of the Long Island Power Authority, the LIPA Oversight Committee and a variety of professional, non-profit and charitable organizations. He has written various articles focusing on environmental and tax certiorari issues. He engages primarily in complex litigation, specifically in the environmental, zoning, land use, commercial, condemnation, tax certiorari and real estate areas.