Judge Gail Prudenti – Dean and Executive Director of the Center for Children, Families and the Law, Hofstra University 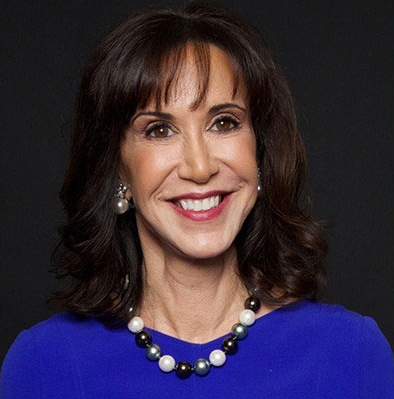 On September 1, 2015, the Honorable Gail Prudenti was named Executive Director of the Center for Children, Families and the Law at the Maurice A. Deane School of Law at Hofstra University. On May 1, 2017, she was named Dean of Hofstra Law.

Prior to her current position at Hofstra Law, Judge Prudenti distinguished herself as a well-respected jurist and hands-on administrator throughout a judicial career that lasted more than two decades. Most recently, she served as the Chief Administrative Judge of the Courts of New York State, having been appointed by Chief Judge Jonathan Lippman on December 1, 2011. As Chief Administrative Judge, she supervised the administration and operation of the statewide court system, with a budget of over $2.7 billion, 3,600 state and locally paid judges and 15,000 non-judicial employees in over 350 court facilities. In addition, she served as a member of the Oversight Board for Judiciary Civil Legal Services in New York, which grants annual awards totaling $85 million to legal service providers to the indigent throughout the state.

In August 2011, then-Presiding Justice Prudenti was designated to serve as a Judge of the Court of Appeals for the hearing and determination of the appeal and any related motions in the case of Matter of World Trade Center Bombing Litigation.

She earned her law degree from the University of Aberdeen, in Scotland, which also awarded her an honorary Doctorate of Laws in 2004 and an honorary appointment as Professor in the School of Law. She graduated from Marymount College of Fordham University with honors. Her first position was in the Suffolk County Surrogate’s Court, where she was a Clerk and then a Law Assistant. For two years following her service in the Surrogate’s Court, she served as an Assistant District Attorney for Suffolk County. Over the next decade, she was a private practitioner specializing in trusts and estates and was special counsel to the New York City Patrolmen’s Benevolent Association’s Widows and Orphans Fund. She has had extensive litigation experience in all the Surrogate’s Courts in the metropolitan area.

Her legal writings are extensive. Hundreds of Judge Prudenti’s decisions have been published, and she has contributed articles to many publications, such as New York Law Journal, Newsday, The Suffolk Lawyer and The Jurist. She has also published handbooks for guardians ad litem and has written extensively on guardianship proceedings.

Additionally, Judge Prudenti has been a frequent lecturer throughout Suffolk County, Long Island, and the state, appearing at seminars and other functions sponsored by the Suffolk Academy of Law, the New York State Bar Association, the New York State Surrogate’s Association, the Office of Court Administration, Stony Brook University, Touro Law Center, the Diocese of Rockville Centre, and the Roman Catholic Diocese of Brooklyn, to name a few.

Judge Prudenti is an accomplished administrator and an experienced supervisor of large-scale court operations, including one of the largest statewide court systems in the United States, as well as one of the busiest appellate courts in the nation. As Presiding Justice, she served on the Judiciary’s primary decision-making body, the Administrative Board of the Courts, which provides direction and establishes statewide policies and practices for New York State’s Unified Court System. In her various leadership roles, the judge has developed innovative programs and instituted many initiatives to enhance the administration of justice and promote the public’s trust and confidence in the courts.

The judge lives with her husband and fellow lawyer and former Suffolk County Attorney, Robert J. Cimino, in the Village of Bellport, Long Island, New York.